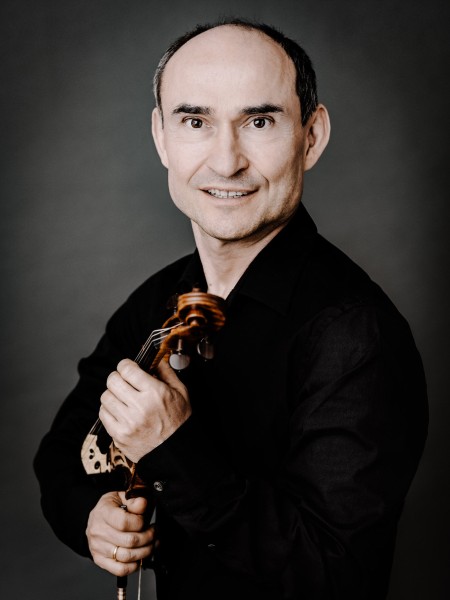 Stephan Picard’s most heartfelt objective is to support and encourage violin students until they become truly independent musicians. Since 1995 he has been Professor of Violin at the Hochschule für Musik “Hanns Eisler” in Berlin, after having taught at the music academies of Mainz, Munster, and Aachen. Many of his students have become very successful as music professors, concert soloists, chamber music performers, orchestra musicians in major symphony orchestras as the Berlin Philharmonic Orchestra and top prizes in such competitions as the Queen Elisabeth International Music Competition and the Geneva International Music Competition.

Born in Barcelona into a German-French family, Stephan Picard grew up in Spain and in Germany. He studied with Saschko Gawriloff, Wolfgang Marschner, Rami Shevelov, und Roman Nodel. He won a series of competitions including the German Music Competition (Deutscher Musikwettbewerb), the Maria Canals International Music Competition in Barcelona, and the Rodolfo Lipizer Competition in Gorizia (Italy) and went on performing the core violin concerto repertoire with a series of German orchestras, including the NDR Radiophilharmonie Hannover, Beethovenhalle Bonn Orchestra, the Bremen Philharmonic and Munich Chamber Orchestra.

His passion for chamber music is reflected in his international music activities: among others, as a member of established chamber music ensembles such as the Michelangelo String Quartet and the Mendelssohn Trio Berlin. His discography also includes a CD of Wolfgang Rihm’s Chiffren with Musikfabrik NRW.

Concerts and masterclasses have taken him throughout Europe and to Korea, Japan, USA, Canada, South America and New Zealand.

For many years, Stephan Picard was the leader of the Stadttheater Aachen opera orchestra, then of Munich Chamber Orchestra; he also guested as leader in the NDR Symphonie- Orchester and freelanced in the Berliner Philharmoniker.

Stephan Picard plays a violin made by Petrus Guarnerius in Mantua in 1715.