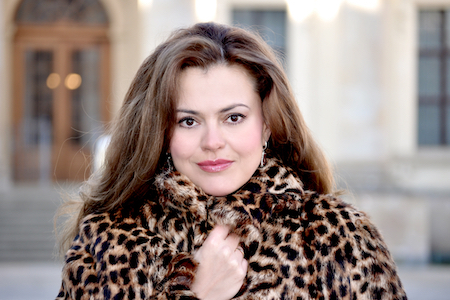 Soprano Anna Samuil is among the most sought-after Russian singers of her generation and has been steadily engaged as a soloist at the Staatsoper Unter den Linden in Berlin since 2004. She is also Professor at the Music University Hanns Eisler in Berlin.

Anna has given concerts and recitals with the pianists Elena Bashkirova, Matthias Samuil, and Semion Skigin at the Royal Opera House Covent Garden, BBC Proms London, the Deutsche Oper Berlin, the Palais des Beaux-Arts, the Deutsche Oper am Rhein, the Waldbühne, Cologne Philharmonie, Moscow’s Bolshoi Theater, Philharmonie am Gasteig, Konzerthaus Berlin, the Jerusalem Chamber Music Festival and the Rheingau Musik Festival, the Norske Opera in Oslo, the festivals in Bad Kissingen and Colmar, and the Richard Wagner Haus in Bayreuth. In recognition of her outstanding vocal and acting performances, Anna was honored in 2008 with the Daphne audience award of the TheaterGemeinde Berlin.

Numerous recordings document Anna Samuil's artistic activities. CD and DVD releases so far include Eugene Onegin from the Salzburg Festival (Deutsche Grammophon), Don Giovanni from Glyndebourne (EMI) and as a concert recording from Israel (Helicon), Das Rheingold and Götterdämmerung from La Scala in Milan (Arthaus), and Britten's War Requiem under the baton of Sir Neville Marriner and Beethoven's Ninth Symphony with the West-Eastern Divan Orchestra under Daniel Barenboim (Decca).