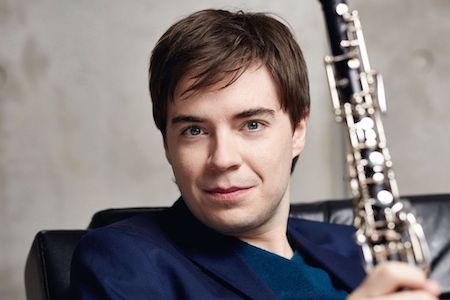 The two-time ECHO Award winner Ramón Ortega Quero, is recognized around the world as one of the most promising musicians from his generation.

He obtained solid training from Miguel Quirós, early on, at the conservatory of his native city: Granada. Ramón became a member of Andalusian Youth Orchestra at 12 years old. In 2003, the oboist cleared an important hurdle when conductor Daniel Barenboim accepted him as member of East-West Divan Orchestra. Since he joined the orchestra, Ramón Ortega Quero remained an enthusiastic member in rehearsals and at many concert appearances.

One of Ramón Ortega Quero’s finest hour was winning First Prize at the ARD Music Competition held in Munich, in September 2007.

His debut CD “Shadows” was released by the label Solo Musica in October 2010, and was awarded with the “ECHO KLASSIK” prize as “Newcomer of the Year” in October 2011. In September 2011 his new CD, recorded with the Kammerakademie Potsdam, was released by the Label Genuin. In October 2012, he was awarded his second ECHO Klassik award, which he received together with his colleagues Sebastian Manz, Marc Trenel, David Alonso Fernandez and Herbert Schuch as the “Chamber Music recording of the year”. In the same year the CD “The Romantic Oboist“, with pianist Kateryna Titova, was released by Genuin. In 2015 his latest CD was recorded bythe EDEL label.

Ramón Ortega Quero is fellowship award-winner of the Borletti Buitoni Trust of London.