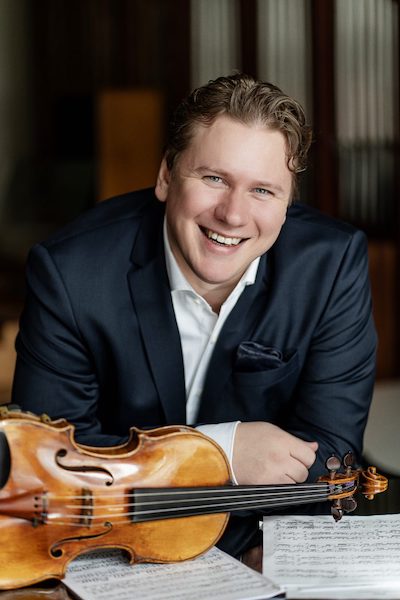 Born in the Ukraine, Andrej Bielow has developed as one of the leading Ukrainian musicians of nowadays. As a soloist and chamber musician he has recorded over 20 CD albums for Naxos, CPO, Avi-Music, Hänssler Classics, Hänssler-Profil, Guttingi, Solo Musica, Genuin, Hyperion and Rakete Media.

Andrej received his first violin lessons at the age of five and, after studying in Kiev, he settled in Germany to study with Prof. Krzysztof Wegrzyn at the University of Music and Drama in Hannover. Further study followed with Gerard Poulet in Paris, Herman Krebbers, Ida Haendel, Ana Chumachenko and more recently Alfred Brendel.

He has devoted much of his career to chamber music, of which he is a passionate advocate. He has appeared at the following Festivals: Schleswig-Holstein, Klavierfestival Ruhr, Rheingau, Kuhmo, Young Euro Classic Berlin, Schubertiade Schwarzenberg, Ryedale, Macau and many others.

Andrej Bielow is Professor at the “Robert Schumann” Hochschule, in Düsseldorf, and plays the violin "ex Flesch", built in 1745 by Lorenzo Guadagnini.